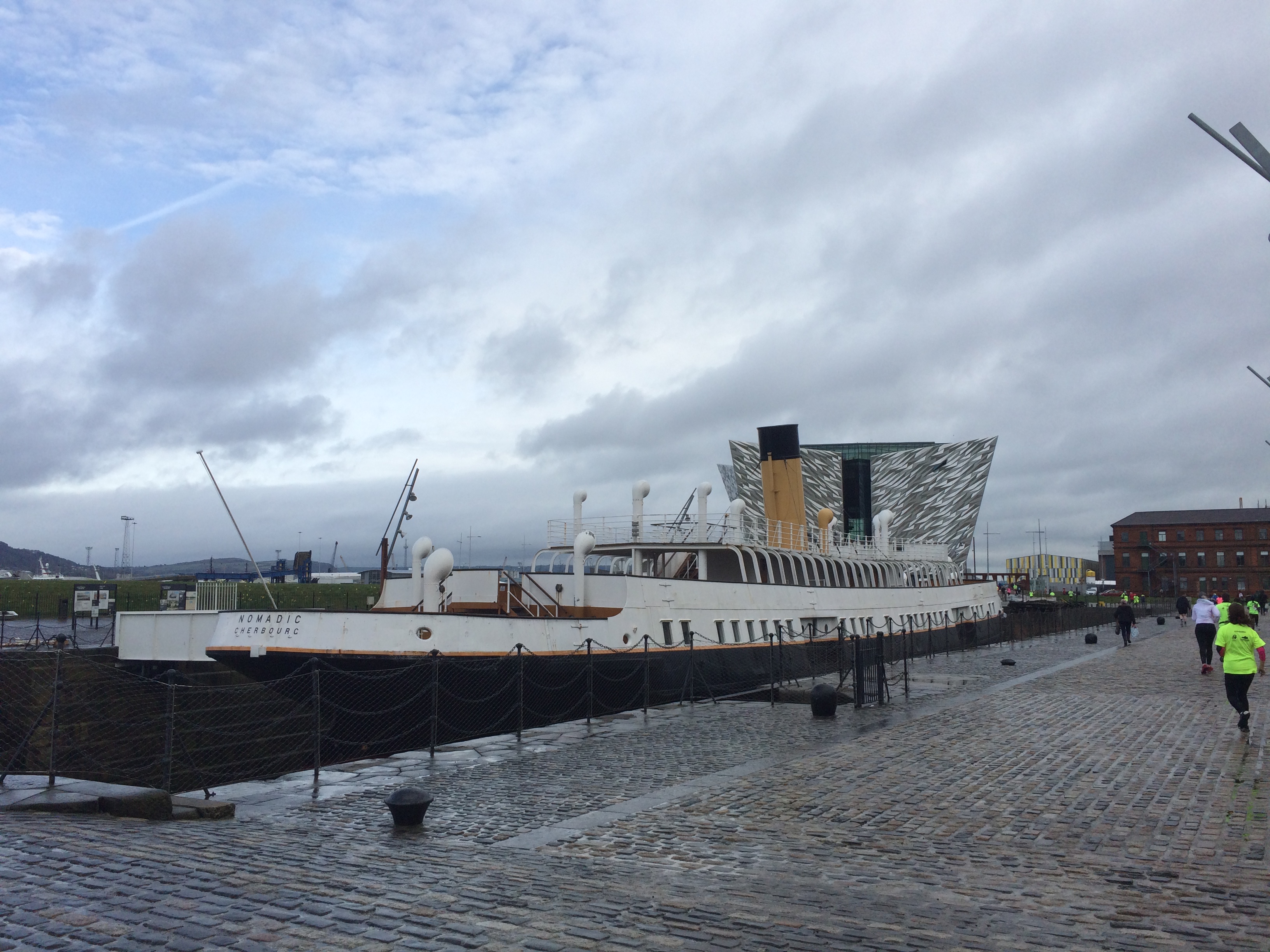 I’m sitting writing this blog in Belfast International Airport feeling extremely smug. And why am I feeling so pleased with myself? Because I set a new 10k PB this morning competing in the Spar Craic 10k, my second race of three this week.

I didn’t just shave a second or two (although that would have been good too), I smashed it, a full 1 minute 11 seconds, a record that had stood since December 2015.

The Spar Craic 10k is a relatively new race, I think it’s only in it’s third or fourth year, but is establishing itself as a St. Patrick’s Day staple in the local running calendar.

I started off at a very brisk pace and I didn’t think I would be able to maintain that all the way round but, apart from a brief rest around the two mile mark, I did – and that surprised me greatly.

Perhaps its because I knew where I was and could visualise how long I had to go, and that spurred me on – or perhaps I’m just getting faster and stronger. Maybe I’m simply growing in confidence.

It was heartening to receive the encouragement of people I knew on the way round, both runners and spectators. It was surprising just how many faces I recognised and, at one stage, I even had my very own impromptu cheering point.

My friend Dawn, in Belfast for entirely different reasons, not only took time out of her trip to support me but also fell in with some total strangers and had them shouting and cajoling me as I ran past! It was a really lovely moment.

In fact, if I didn’t know better I would swear Dawn had run the thing herself because that was the second place she spotted me, and she still managed to pop up at two further points after that! She either has good route management skills or possesses hitherto undiscovered ninja-like super powers!

Dawn next appeared at the bottom of the footbridge over the Lagan, near to where the big fish is. The bridge rises and then drops on the other side, but because Dawn was standing there I simply had to run up the slope. I couldn’t be seen walking!

Back to the race, I knew I was onto a good thing when I set a new best time over five miles, again by a minute or so. Knowing that, barring disaster, I would beat my 10k PB too I eased off a little, or tried to, I was feeling so good at this point that I couldn’t. I felt strong and had more to give.

There was a slightly demoralising moment as we approached the iconic Titanic building and could see the finish line, only to be diverted onto a largely deserted and desolated industrial area, but that only served to spur me on to get back to where all the activity was as quickly as possible.

Approaching the final kilometre, I heard someone shouting my name, “C’mon Mr. Harris, c’mon the man from Ballymena!”, it turned out to be the former mayor of Belfast Miartin O’Muilleor. I knew he was running today, and whilst I wouldn’t agree with his politics it was decent of him to support others as they finished.

Then, about one hundred metres further along there was Dawn again! As I ran past I babbled something about beating my time, it was probably indecipherable but I was a man on a mission by now so I imagine I made less sense than normal!

Crossing the finishing line, it was a nice touch to have my medal placed around my neck, rather than simply have it handed to me or included within the goody bag. I might have felt a bit emotional, a PB in training is one thing, to do it in a race makes it all the more special.

So why am I typing this from the airport (actually I’m on one of Ryanair’s finest right now)? Simply because I’m on my way to Hastings for the half-marathon on Sunday.

It’s an absolute beast of a course, and will be hard work, but I’m approaching it full of confidence that I’ll be able to give a good account of myself, or at least record a time that’ll please me. Watch this space.

If you’ve enjoyed following my progress so far could I be so bold as to ask you if you’d consider making a donation to my chosen London Marathon charity this year – Asthma UK? No amount is too small, and all donations are received with such heartfelt thanks. My fundraising page can be found here. Thank-you so much.