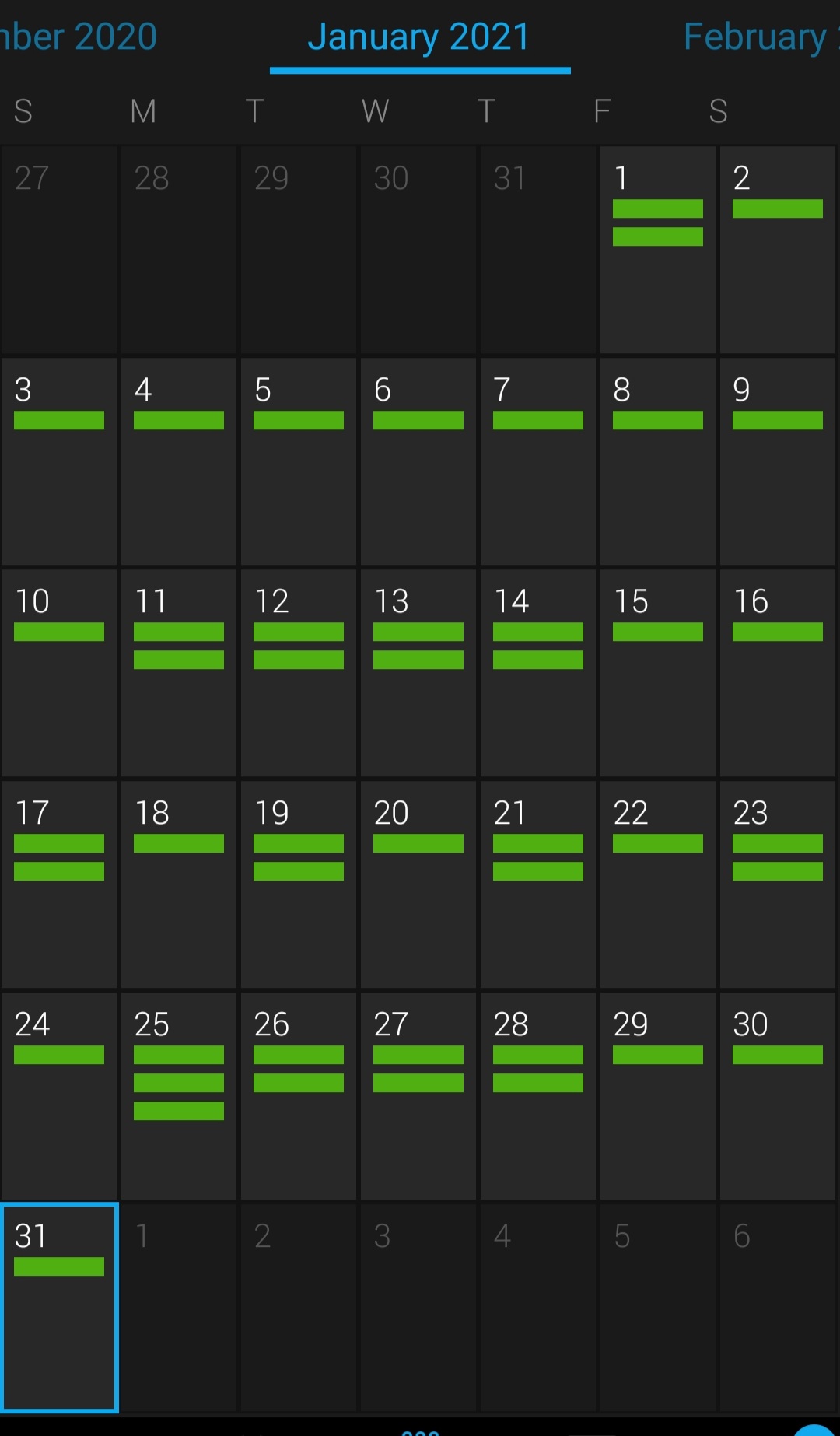 So that’s January done and dusted.

As mentioned in my last post I’d been attempting RED January. I’m happy to say I completed it.

Although RED stands for Run Every Day, the spirit behind the endeavour is simply to exercise or be active every day. It doesn’t have to be a run but I still managed to run on 26 days out of the 31 in the month, some of those outside although most were on my treadmill. On my non running days I did another form of exercise, always varying it from one thing to another. Very often I doubled up – running and something else.

The treadmill is more than paying for itself because, given the usual rubbish January weather and the fact I’m becoming less and less tolerant to the cold the older I get, I would never have gone out otherwise.

Basically, I ran for a minute at a particular speed then slowed it down to a walk for another minute. Then another run for 60 seconds, only putting the speed up a notch followed by a slightly quicker walk.

I kept this going for a while, slowly increasing the speed each time … and despite not thinking I would I actually really, really enjoyed it. So much so, in fact, that I kept it going every day for a week and completely forgetting about moving onto the next stage of C25K. Oops.

That brought me to the end of the month when I was supposed to have done my final 5k run but, even though I hadn’t followed the programme for a while, I still thought I’d give it a go just to see what level I was at.

Picking my normal 5k route (the out and back to the industrial estate) I decided to go for as long as I could, fully expecting to have to walk at some point because I hadn’t built my stamina up.

But I didn’t walk. I ran the whole thing, even the parts of the course that are usually mentally tough for me. It was a structured, composed run. I kept to a steady pace throughout, slowed it down when I needed and tried to regulate my breathing as much possible.

I hadn’t run 5k for five months, that gives you an indication of how little running I’ve done recently. As I said, I didn’t really expect to complete it without taking at least one break, so you’ll forgive me for feeling a bit chuffed with myself.

It was nowhere near my fastest time but I’m not worried about that, even though it was faster than that last attempt back at the end of the summer. The important thing was getting it done. It’s given me a reasonable base upon which to build. 5k used to be my basic distance so it feels good to at least be back to that.

I’m eating better than I’ve arguably ever done before, I’m training better than before, I’m trying new types of exercise that can only make me fitter, I’ve got the equipment at home to swipe away my old excuses and mentally I’m in a much better place than I have been for quite a while. The future is exciting and I intend to grab it with both hands.