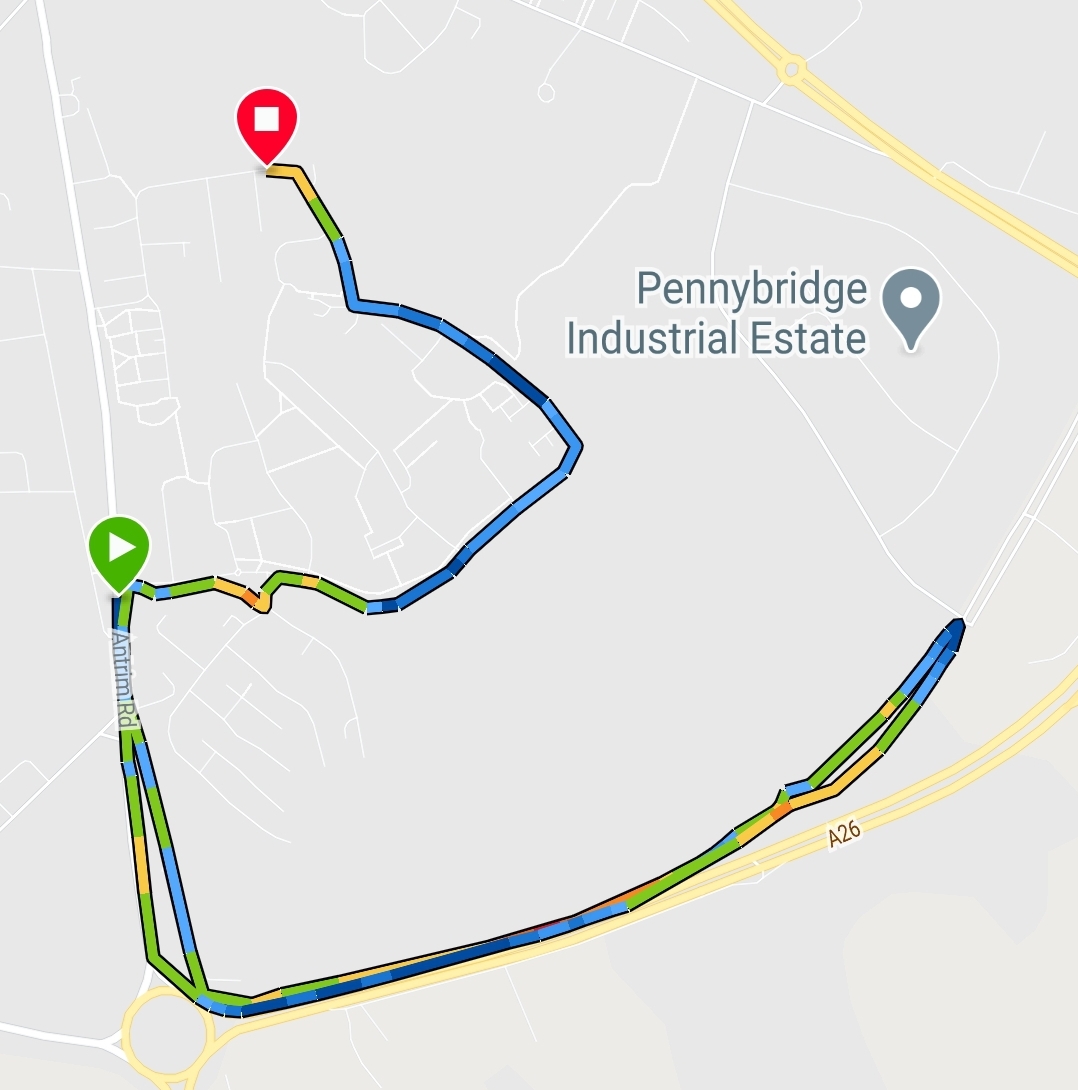 Sometimes motivation, determination and inspiration comes from the most unexpected of sources.

Take today, for example. I was nearing the end of my run, I’d put a lot into it and I was struggling to avoid taking a walking break. That’s become my ‘thing’ lately, to avoid walking at all costs. To many runners walking isn’t even a consideration, they can get through runs comfortably without resorting to it but, for me, I have almost always walked part of each run.

There’s absolutely nothing wrong with Jeffing. With my history of dodgy legs (arthritis, poor circulation, swelling etc.) it’s almost essential to get me through races, it’s something I’ve come to accept and embrace because when it goes well for me it goes very well.

But recently I’ve got it into my head to not walk. Obviously I will if I really can’t go on but it’s become almost a bigger challenge and of greater importance than the run itself.

Anyway, I was talking about unexpected determination and all that … so, on my random Spotify playlist, on comes “Killing In The Name Of” by Rage Against The Machine. You might remember it from the time there was an online campaign to get it to the Christmas number one spot as a reaction to the normal X Factor drivel.

As I said, I was starting to struggle. That song comes on, it initially annoyed me because I don’t like it and when I’m struggling listening to something I don’t like just makes it that bit harder to keep going.

My head and legs were screaming at each other (and me) to stop. Then I noticed the lyrics … “f*** you, I won’t do what you tell me”, repeated over and over again. That was all I needed to hear. There was no way I was going to stop. I wasn’t going to heed my head, I wasn’t going to listen to my legs and I most certainly wasn’t going to let this bloody song irritate me enough to stop to change it.

It just goes to show that we can draw inspiration from anywhere, and very often it can be hiding in plain sight like this.

The run itself was my best since I started back running properly. It’s still some way off where I’d like to be but it’s another positive step in the right direction.

I’m slowly but surely getting there. I’ve run on 40 separate occasions so far in 2021 and worked out almost every day, I’ve lost 10% of my body weight since January 1st, I’ve changed my eating habits beyond all recognition, I’m starting to cook for myself more often and my mindset is almost unrecognisable from what it was.

Today, March 1st, is officially the first day of spring so I’m using it to re-energise myself and refocus. I’ve felt I’ve been getting a bit complacent lately so time to give myself another shake and keep pushing forward.

And with the postponement of the London Landmarks Half and The Big Half to August I now have no big races until the end of May (although that’ll likely fall too) so I have plenty of time to get into the shape I really want to be.