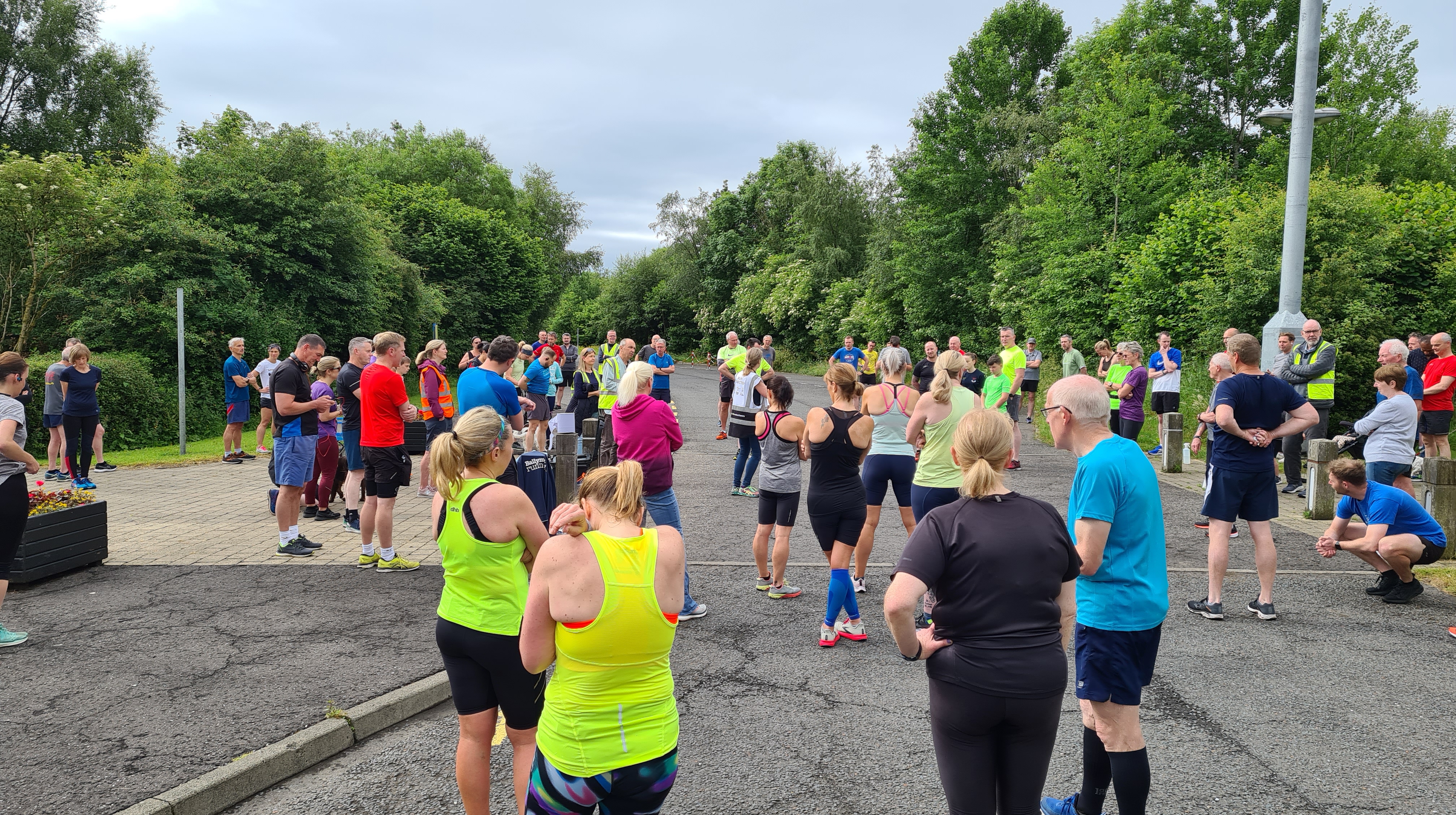 We all know why parkrun (along with most other things) was suspended back in March 2020 so let’s not dwell on that, but the fact that it has returned is something to be celebrated.

Indeed, that parkrun has returned to Northern Ireland first out of the whole of the British Isles is even more cause for joy, normally we see what everyone else is doing and then follow suit, always seemingly playing catch up.

I know I haven’t been the most prolific attendee at 9:30am on a Saturday morning over the years for a variety of reasons but in true ‘absence makes the heart grow fonder’ fashion there was no way I was going to miss it this morning.

Turning up at my local event felt strangely emotional, there was a real buzz about the place, an air of anticipation, a real sense of delight. Greeting some old faces, seeing the volunteers milling around in their jackets, hearing the pre-race briefing … it felt like we’d never been away yet we all knew we had been and the reasons why.

People were nervous, perhaps because for most of us this will have been the first time for quite a while we’ll have been in a crowd but I got a bigger sense that many simply hadn’t run ‘properly’ for so long and that pre-event jitters were kicking in.

Although I have done lots this year my running has been a bit limited of late, a recently picked up dodgy knee has caused me problems so I’ve been restricting my activities and effort whilst still trying to keep active. I’ve got marathons and half marathons to train for later in the year, bigger fish to fry and all that, which means gentle recovery has been the way to go.

I wasn’t quite sure how I’d get on, but in the end I was pretty pleased. I had intended to start off very easily, mainly to see how my knee would cope, but my first mile was a couple of minutes faster than I had planned.

But it felt good, although I thought I’d better ease off for the middle mile, just in case. Nope. Same speed again. I felt I was doing well, nothing earth shattering pace wise but steady and consistent. And that was the same for the third and final mile, I could see a few people up ahead of me so tried to catch and then pass them. I managed it for a couple of them, which made for a welcome change because it’s usually me that’s being caught!

All told it was a pleasant run, a good confidence builder given my knee. I never felt I was running at my limit, always having something left in reserve. I’ll take that every day.

Finally, it would be remiss of me not to thank the core team and volunteers at Ecos in Ballymena for a smoothly organised and safe event. There were changes, naturally, but never at any point did it feel all that different from before. It really was like we’d never been away. Congratulations to all involved.

Roll on next Saturday morning!