Clearly not put off by last week, tonight I paid my second visit to the club interval training at the Ecos Centre.

This week’s session was two reps of 4-2-2 with 2-1-1 recovery periods. After 45 minutes walking there followed by ten minutes of running and a rigorous warm-up routine I thought I would have nothing left before we actually started the intervals!

But, to be honest, it wasn’t too bad. Yes, I paced myself a little during the four minute splits but during the two minute runs I went as hard and fast as my short, fat legs could carry my short, fat body.

After last week’s official session and my unofficial one on Friday night it seems something is beginning to kick in … tonight’s session worked out at 41 seconds per mile quicker than last week. I know it’s hard and probably not sensible to judge at this early stage, and that a number of factors can effect any run at any given time but it’s encouraging to see progress.

It’ll be interesting to look back in six weeks time, clearly that’ll be a much better overview but all the early signs are promising … and I’m enjoying it too which is hugely important. 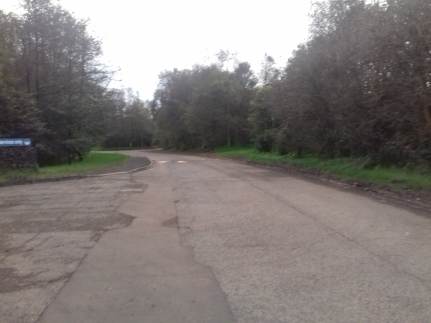