I decided when I woke, quite out of the blue, to pay my local parkrun a visit. It’s only my ninth time running it in over two years as a ‘runner’ but, I think, that because I’ve done nothing since Monday and I have a 10k race tomorrow I needed to get out for a run this morning.

Part of me wonders now if I should have bothered my arse.

The cold hard facts are that it was my fourth slowest, I was last man (excluding the tail runner and walker) and third last overall. I know that shouldn’t matter and it doesn’t really. It’s an annoyance more than anything else.

What does bother me is my performance. I’ve more and more come to the realisation that as long as I’m happy with my run my time will look after itself. Unfortunately my run was a big puddle of pish today.

I suppose the signs were there. Running ever so slightly late I walked the two miles to the ecos Centre far too quickly and I could feel my calves burning up. I did have about ten minutes to spare before the actual run started but that wasn’t enough for my calves to properly settle.

I started off quite well but, on reflection, far too fast. It’s always difficult at parkrun not to be swept along with everyone else. The fear is that I would immediately get spat out the back of the pack so I always find that I try to keep pace for as long as I can – and that’s a recipe for disaster because I know I’ll never keep up.

But, today, for some reason I lost touch very, very quickly. My legs initially felt good but barely a couple of minutes in I seemed to lose all power in them so I knew I was in trouble.

I tried to keep going as much as I could but I was fighting a losing battle so, spotting a couple of ladies about a minute behind me, I decided that as long as I could keep them there then it should give me the motivation to keep pushing on.

I really struggled around the 3-4km mark. I had nothing left, totally devoid of all energy. However, moving into the final kilometre I began to get some strength back, started to dig in and actually recorded my second fastest km split of the run.

That’s a positive sign. I’m hoping it shows that it just took my legs about 20-30 minutes to settle in given my inactivity since Monday night.

I know I always struggle on my first run after a good few days off. I hope that means it’s out of my system now and tomorrow’s 10k will show a marked improvement. 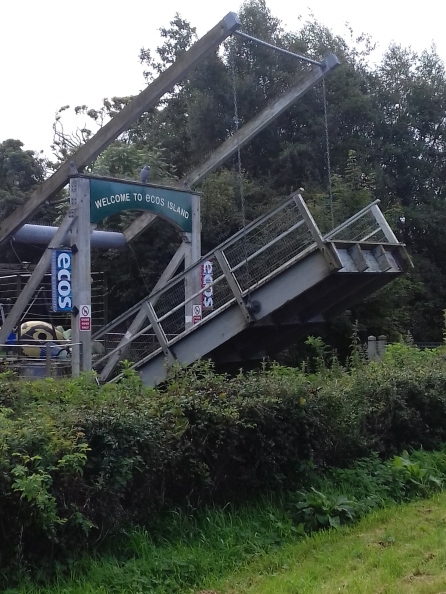