Ok, I’ll admit it. Running isn’t fun at the minute. For a long, long time I’ve enjoyed getting out and about, I’ve enjoyed pushing myself, challenging myself and finding out what I can do.

But, now, I’m just not feeling it any more. I don’t know what it is. Am I expecting too much of myself? Do I think I should be better than I am? Have I lost the mental battle that helps me push through the pain? Are both my body and mind just tired?

Maybe that’s it. Maybe I’m tired. I’ve already done more miles so far this year than I did in the entirety of 2016. Compared to others my mileage will look like chicken feed but I’m not comparing myself to others, I’m comparing to the last year me.

Or is it all in my head? I’m convinced a large part of running is mental because if you believe you can do it then you will, but lose that inner strength and you’re in trouble.

Whatever it is I need to get out of this slump. I’ll not give up, I’ll just need to show some patience.

So what has brought all this on? Tonight’s club run, that’s what. I went with the 45-minute group and maybe approached it with the wrong attitude, most likely with a sense of dread given what my last few runs have been like.

We headed off towards the Peoples Park, which meant a steady rise going up the Ballymoney Road, onto the Circular Road before turning back to go into the park. The park has several fairly steep climbs and most of the group tackled one of those. I would have liked to but I knew it wasn’t going to go well for me so myself and a few others went the other direction on a flat section before meeting back with the main group.

After that we went up Thomas Street and then Parkway, another steady rise before going back to base at the Leisure Centre. I struggled the whole way, so I must apologise to Yvonne for bearing the brunt of my moaning and to thank her also for refusing to leave me behind.

After the usual cool down at the end of the session I stood for a few minutes, deciding whether to walk back home or run it. I’m pleased to say I decided to run it. It would have been so, so easy to just give up and dander back home but I wanted to try to salvage something from an otherwise poor night.

Perhaps that shows there’s still a little fight left in me, or maybe it shows that I’m slowly on my way back because last week I walked it. In the end I did 10k, which wasn’t too shabby.

Maybe I should leave it at that, on that positive note.

Oh, and on another positive note, I have some exciting news to impart …. but I’ll hold fire on that for a little longer. Onwards and upwards! 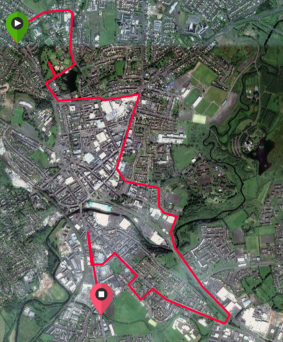 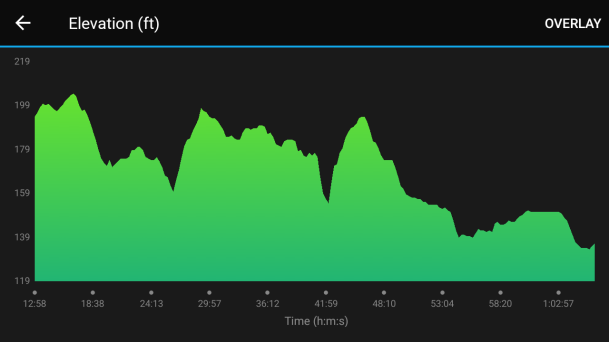