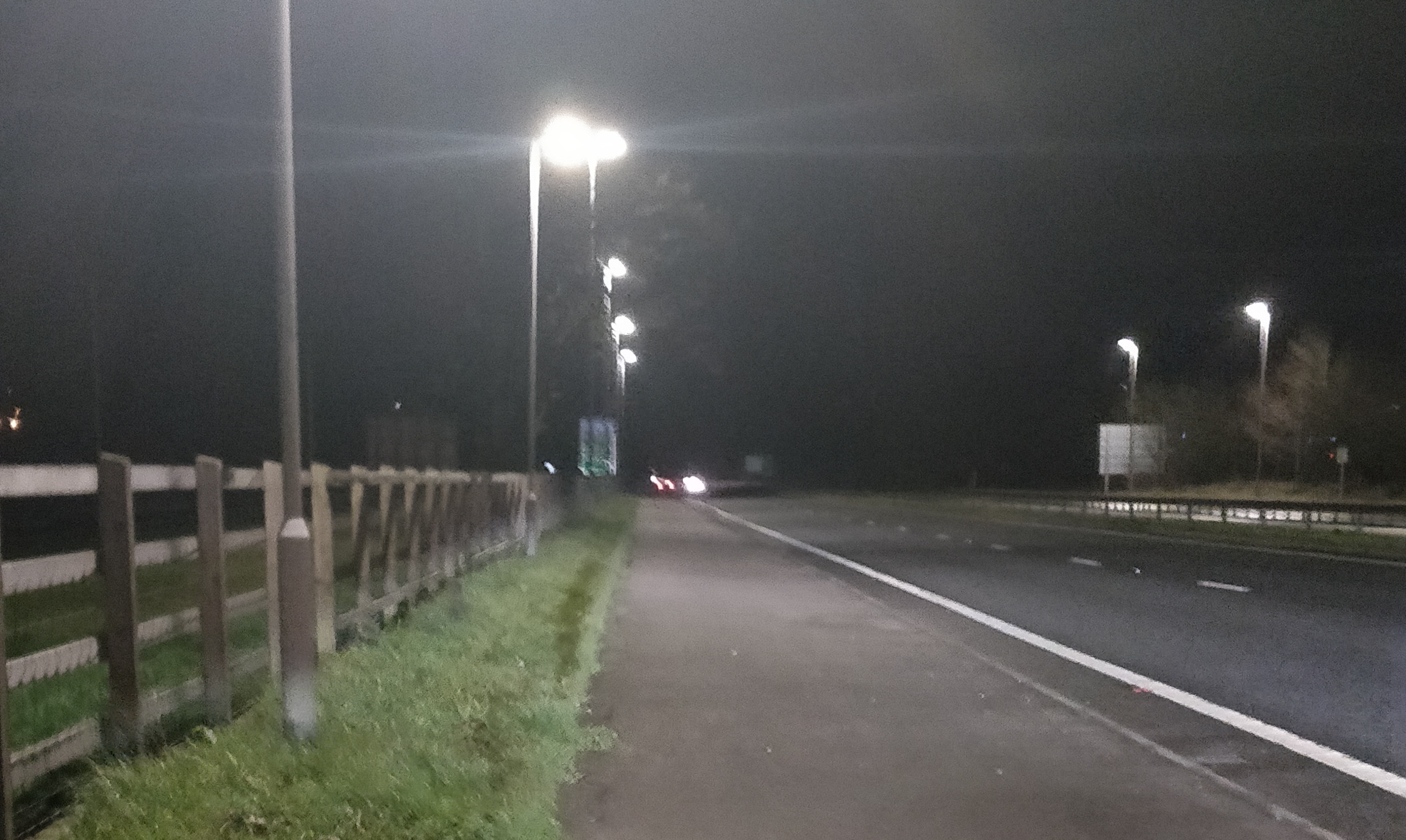 I knew my proper return to running was always going to an arresting and painful affair but never did I think the emergency services would get involved!

More on that later but, first, a little background.

This year has been pretty crap, both running and otherwise. Health and domestic issues have severely curtailed my training and whilst I still managed six half marathons plus a few other events they were, by and large, crap.

Not the races themselves, I hasten to add. I still experienced things that only running can give me, and met some lovely people I would never otherwise have met. But I didn’t train properly and I paid for it.

I’d also done very little since my last half in October, and virtually nothing in November and December.

I did dip my toes a little at parkrun just before Christmas but even that was as tail runner. My local event needed someone, I needed to get back out there so I thought it was the ideal opportunity. In the end, there wasn’t much running involved and what little I did do was a struggle … that said, it was good to pop my volunteer cherry and give something back.

So I knew I needed to give myself a shake. I don’t want to give up on running, it has brought me so much, and I have a fair few races booked in 2020 already so I knew I had to suck it up, put my big boy pants on and get out back there.

I wanted to steal a march on the whole ‘new year, new you’ crap we’ll be inundated with in the next few days (I’ll let you decide for yourself whether it’s a new decade too!) so thought I’d end Christmas week with a gentle run to start to attempt to burn off the festive excesses that we all indulge in.

As I said, I knew this wasn’t going to be pretty and, truth be told, I was worried sick about it. But the time for excuses was over. It was a lovely crisp December Sunday evening, there was nothing really stopping me.

I have a ‘go to’ when I’m wanting to get back into running, and that’s my dual carriageway/industrial estate out and back route. It’s 5k, it’s dark and it’s deserted. Perfect.

Because I’ve done bugger all squared lately I decided to dial it right back and use week one, day one of the NHS C25K programme just to get me going – in other words, run for a minute and walk for 90 seconds.

I wasn’t worried about speed, I was well aware it’d be slow. I just wanted to get it done. Time on feet first, get used to moving again, speed can follow.

At parkrun the other week my ankles didn’t enjoy the experience, I almost went over on them a couple of times and there were more niggles than I would have liked. That worried me so I was concerned about how they’d react this time. Thankfully they were ok.

My left calf did object, though, but that has always happened. Even at the peak of my running my left calf was always an issue for the first 20-30 minutes so whilst it was uncomfortable it didn’t concern me.

As it was a C25K-esque run it was always going to be very stop-start. That was fine. The running segments felt a little too short, the walking parts a little too long. That was encouraging.

All was going well. I got to the turnaround point in the industrial estate and made my way back to the darkness of the dual carriageway.

In the near distance I could see a head torch bobbing up and down. A fellow runner, I presumed. Chances were I’d know who it was so, in preparation for our paths crossing and in case we’d have a bit of a chat, I tried to turn the volume down on my phone. I fumbled for the handset in my pocket and quickly and repeatedly pressed the buttons on the side but the music didn’t get any quieter.

Instead, in my ears, I heard this voice asking me what service I required. Oh shit. I had dialled 999!

I whipped the phone out of my pocket, I attempted to press the big red cancel call button on screen but nothing happened. The voice asked me again. Panic ensued. I wasn’t sure whether she’d hear me, I didn’t know whether I was hands free or not so I breathlessly blurted out something about dialling by mistake.

Quite rightly I received a gentle admonishment from the operator for dialling the emergency services. I apologised again, and attempted to end the call. Except my buckin’ phone still wouldn’t respond. She asked me if she wanted to end the call for me but, in my panic, I was struck dumb. I couldn’t answer. I just continued to stab furiously at my phone hoping that something, anything, would work. After what seemed like minutes but was, in reality, no more than a couple of seconds, my screen finally responded and I ended the call.

Bloody hell, that was stressful! I just stood there, trying to compose myself before continuing my run. Then it struck me that I was in an isolated, unlit part of town, beside a busy road but only around half-a-mile from an ambulance station. I half expected to see blue lights come hurtling towards me … that would take some explaining!!!

Much to my relief nothing happened. I admittedly ran sheepishly past the ambulance station. Even though the call centre isn’t based there I wouldn’t have been surprised if someone had been standing sternly wagging a finger at me for time wasting!

Anyway, that brief interlude completely took my mind off my run. Writing this some 12 hours later I honestly can’t remember how it felt or how my legs reacted to being dragged out for their longest run in over two months other than to report there seems to be no ill effects. I suppose that’s a good thing, isn’t it?

I know now where I’m at. My time wasn’t good but I’ve got a base upon which to build before my next race – a 10k – in five or six weeks. I’ll be very active during that time anyway, so hopefully this run will be as bad as it’ll get. I’ll get better, I’ll get fitter, I’ll improve.