So after Cultra, Glenarrif Forest and Minnowburn I found myself back at Glenarrif again this morning as my trail training continued for the New Years’ Day Race Over The Glens.

Sometimes I question my sanity.

I wasn’t particularly keen on it this morning. My legs felt a wee bit tight and heavy after intervals last night and if I had to do this on my own then I know for a fact I just wouldn’t have bothered.

But the social side of running has already come into its own for me lately, it has made it so much more fun than just pounding out solo mile after mile. Don’t get me wrong, sometimes it *is* very theraputic just to take myself off somewhere to gather my thoughts, but the laughs you get running with a small group are very appealing.

So, with that in mind, Grace (thanks for the lift!) and I met with Catherine and Bronagh at the forest carpark and after a few pleasantries and route chat we set off.

The thing about the carpark and road leading from it is that it undulates a fair old bit so by the time you actually run through it and get to the trail itself you’re already knackered!

Then you turn onto the trail and you’re immediately faced with a climb, just at the time when you’re still trying to find your legs and regulate your breathing.

But, in a way, this is good. After the burn of that initial climb you’re already ‘broken in’ for the rest of the run, and whilst it’s still not easy by any stretch of the imagination you’ve already faced almost the worst the route has to offer.

Today we decided just to do a simple out and back, covering about 2.5 miles or so before turning to come back the way we came. It was quite muddy and slippy in places (I almost landed on my bum at one point!), so some caution was needed but the steep downhill sections were lots of fun – just let go, arms out for balance and try not to go arse over ….. well, you get the idea.

It’s still very early days for me, but I’ve found I’m beginning to hone my technique for going up the really steep hills. The trick for me is not to look up – just put the head down, small steps, pump the arms and keep going until I get to the top.

There’s a decent chance I’ll be there twice a week for the next six or seven weeks until race day so hopefully it’ll be almost second nature to me by then.

At the minute it’s still difficult and tough … but it’s worth it for the company, the views and the feeling of accomplishment at the end of it. 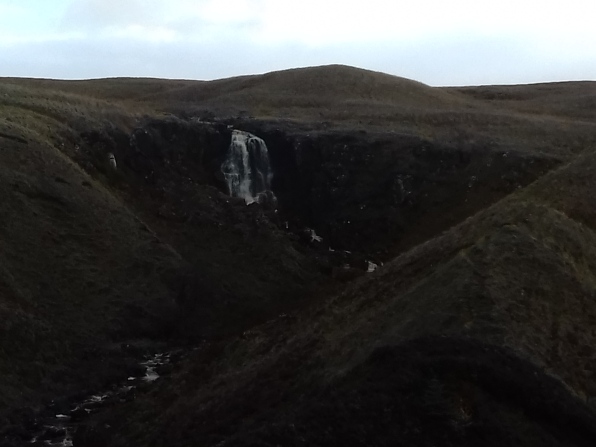