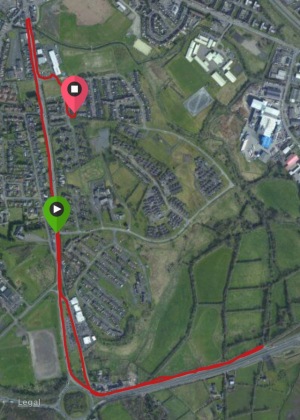 There comes a point in every run when you think, “Yep, this is going well, I’m going to smash this!” or “No, this is awful, I’m deluding myself, I should stick to walking and I’m not even very good at that”.

Thankfully, I haven’t had the latter for a while and I didn’t have it tonight either.

I wasn’t in the mood for it, I really wasn’t. It’s been a difficult few days since coming home, the euphoria of the weekend had been wiped out by a crash equally as strong, and also because my running brain has sort of switched off.

I’d been focusing on Portsmouth and now that was over and done with there was a bit of a void. Obviously there was still the two runs to do this week but the motivation to get at least one done before the weekend just wasn’t there.

But Sensible Martin kicked in – and encouraged by a friend – out I went, more in hope than expectation ….. and, you know what?, it wasn’t too bad.

I set off with my super duper Lidl’s finest flashing armbands attached to my, ummm, arms for the first time this winter and decided to run along the dual carriageway for the first time in ages, mainly because it was flat and then downhill on the way home.

I didn’t exert myself too much so felt quite comfortable throughout. I proved to myself on Sunday what I can do if I pushed it so I didn’t need to do it again tonight, it was all about completing the run without stopping – which I did. 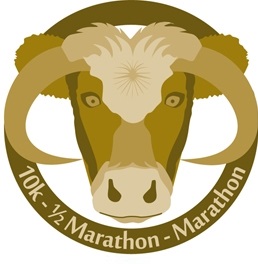 Tonight’s run also put me over the distance for my second virtual marathon this month. I started off doing Ben Smith’s 401 Challenge and after completing that I turned my attention to the Longhorn 26.2 Challenge. Time to submit my evidence and get another medal.

There’s a certain sense of satisfaction in that …. in fact, another nine miles this month and I’ll have completed my most miles in a month since I started running. Hmmmm, parkrun in the morning and then a 10k on Sunday? You never know.

Interestingly, I completed the first marathon in 6hrs 10mins, and the second in 6hrs 1min or thereabouts, I’m getting faster!