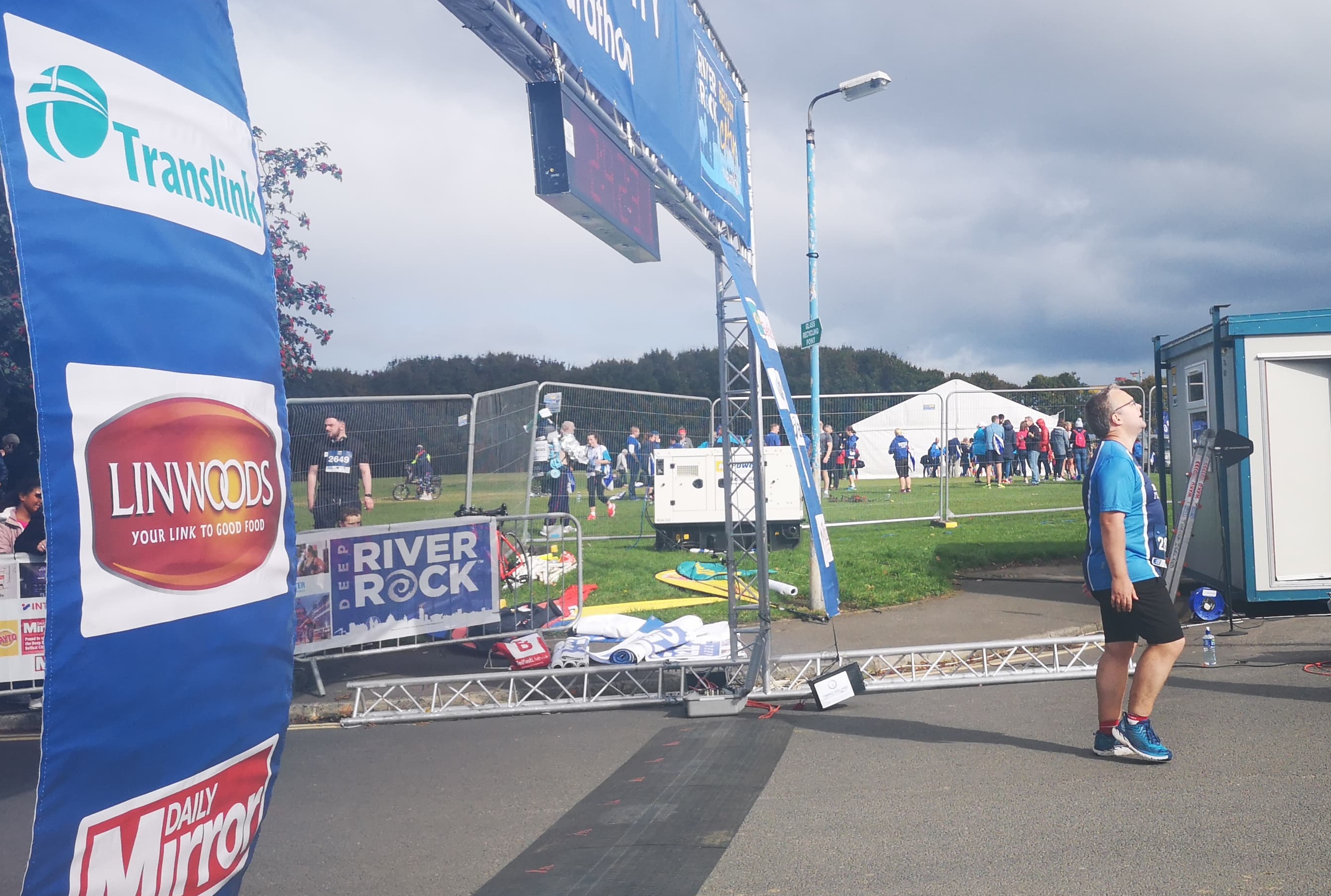 A year ago I ran the Belfast Half Marathon and didn’t really enjoy it. I hated it in fact but,  because I’m running 18 half marathon’s this year, it would have been foolish not to include it on my schedule.

It was almost as local as it could get for me, getting there would be hassle free and, financially, it wouldn’t entail having to book flights, hotels or any other expenses. A bit of a no-brainer really.

I suppose, too, including it would give me a chance to lance the boil from twelve months ago, an opportunity to make my peace with the race, to put things right.

Travelling to the city with Bronagh and Iverene, the day started well enough with a pleasant journey and no problems getting parked.

Then, and I’m possibly veering into TMI territory now, as soon as we started walking towards Ormeau Park and the race ‘village’ my stomach suddenly began to play up. This wasn’t good. I really needed to find facilities somewhere but this was south Belfast on a Sunday morning, nowhere was open and the portaloos near the start seemed miles and miles and miles away and then some.

Entering the park things were getting really desperate. I was surrounded by trees and bushes and I really did seriously consider making a quick dash to quite literally become one with nature but, trying to maintain my dignity, I resisted as best I could.

Instead, I decided, I would sprint for the portaloos and just hope I’d be able to make it in time. Thankfully, I did but as soon as I joined the queue everything suddenly settled. Typical. Do you know how you could feel so very ill, get an emergency appointment with your GP but once you’re in the waiting room feel on top of the world? That.

I still made sure I did what I had to do (still TMI?) in case it quite literally came back to bite me on the arse during the race.

Anyway, onto the race. That’s why you’re here after all!

In my last few races I started off with a plan of holding back in the hope that the energy saved at the beginning would help me during the latter stages. That tactic hasn’t really worked so, this time, I decided just to run how I felt for as long as I could in the hope of building up a head of steam and that the time banked would make up for the inevitable slowing down later on.

I know that is something many coaches and experts warn against but I do think it’s the best plan for me.

I’ve tended to find that I start slow, stay slow and then get even slower. That, in turn, messes with my head. For me running is a big mental battle so I hoped that recording better times over the early parts would encourage me to keep going for longer and therefore clock an improved time at the finish.

Almost the first four miles of the race are focused on Ormeau Park. It’s slightly frustrating because it feels like it takes ages to actually get out into the city. Don’t get me wrong, it’s a pleasant run around a leafy part of Belfast but all you really want to do is get going.

I was quite pleased with these opening miles, finding my pace remarkably consistent throughout and faster than my last three races. This is what I wanted.

Now, as the route finally took us away from the park and into east Belfast, it was time to see if my pre-race plan would work.

And, do you know what?, it did! Miles five, six and seven were almost the same for pace as the first four and if I did slow it was only by around 10-15 seconds or thereabouts.

This was great. I wasn’t going to get carried away, but I was feeling good and had settled well into the race.

What hadn’t settled, unfortunately, was my stomach. Spying a bank of toilets I made a quick pit stop (hey, I said pit!) at around mile eight, partly precautionary because I didn’t know if there’d be any in the city centre. I knew at this point I was in personal best territory but I also knew if I was to get there I’d need to be in a good place for the last few miles so now was the best time to prepare myself.

Ultimately that stop was to cost me. I missed out on a PB by just under a minute, that same minute or so I spent in the loo! Yes, I was disappointed, but I was also pleased with my run so it balanced out. Plumbing issues aside everything went like clockwork.

Miles 10/11 were faster than in my more recent races which was good. I pushed hard for the last couple of miles in an attempt to chase that PB but, despite, my best efforts I just couldn’t make it. On the flip side, I was just over 20 minutes faster than last year! That’s a huge improvement in anyone’s book and something I’ve got to be happy about.

That’s number 16 done and dusted! SIXTEEN! Just two more left, the Great Scottish Run this weekend and the Royal Parks Half in the middle of October. I’m nearly there! 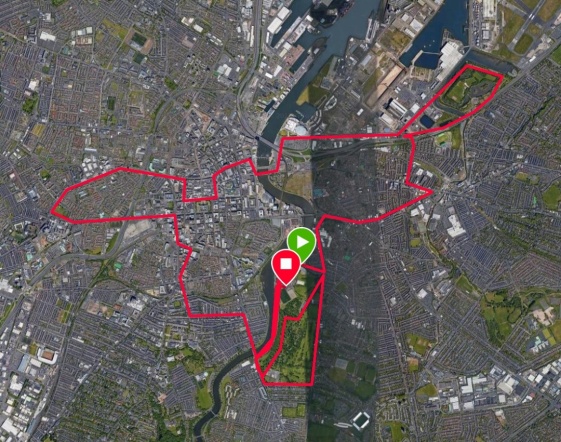 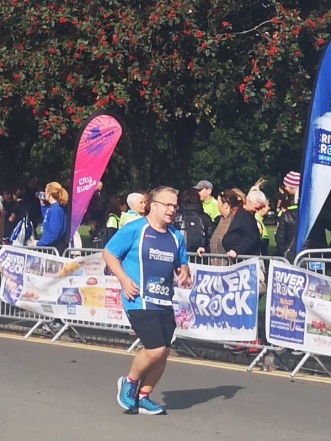 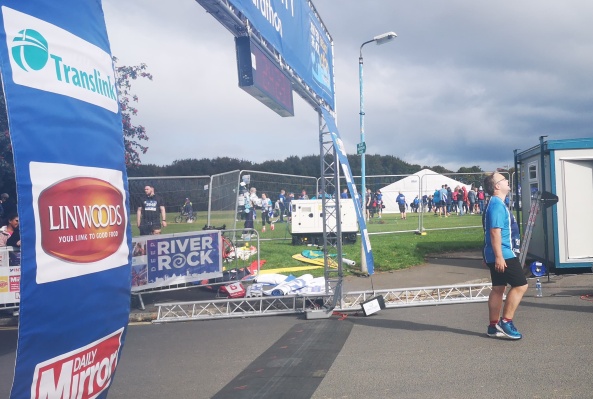 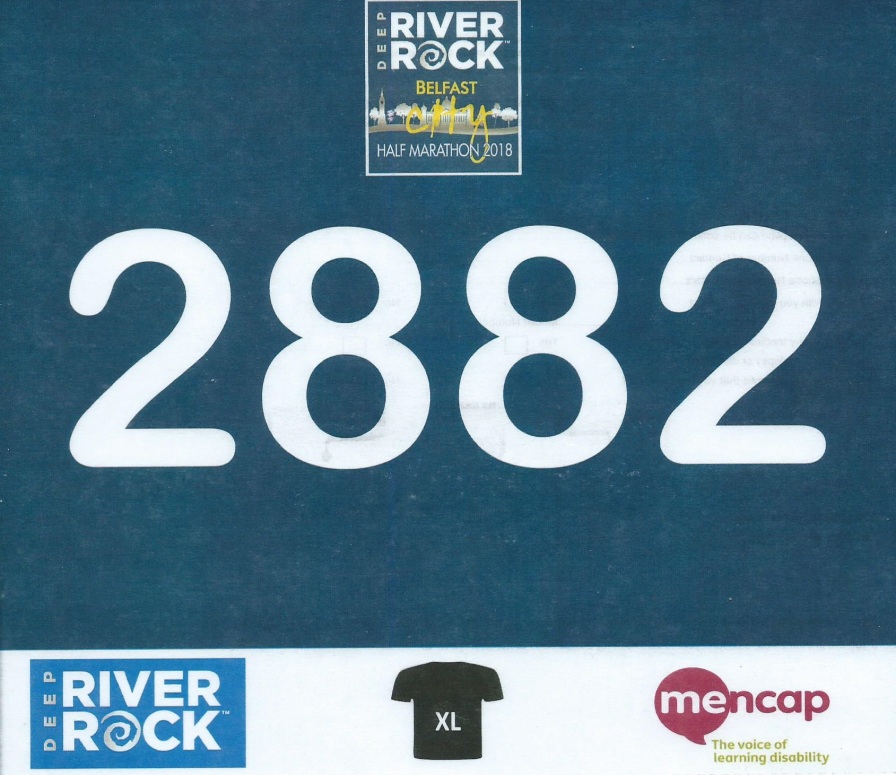