I’m in Chippenham this weekend visiting Dawn, primarily for a gig in Bath on Friday night but also for the Great Bristol Run 10k tomorrow (Sunday).

Whilst I’m here I decided I’d have a go at the local parkrun, just as I did on my last visit. Well, it’d be rude not to considering it’s only a few minutes walk away!

On my initial running of the course back in February there had been a slight alteration to due to work on a path in the park but now that the works had been completed I was keen to take a look at the ‘normal’ route … plus I naturally was keen to try and beat my time to at least set an event pb.

Joining in with the visitors/first timers briefing it was nice to be remembered by the run director and welcomed back to Chippenham plus get a wee shout out when she was giving the general briefing. I also had a chat with her afterwards, which was nice. It’s little touches like that which make a visitor feel very much part of the event.

The course begins with two anti-clockwise loops of Monkton Park before going along the newly resurfaced path and doing another two loops of the riverside trail/gravel area before returning back to Monkton Park.

I knew the trail section would slow me down, so I set off quite quickly to make the most of the tarmac loops and was pleased with how I got on, going nine seconds faster than last time.

Moving onto the trail, it was a relief to see that although it was uneven it was firm underfoot so I didn’t have to worry about slipping or losing my footing … apart from keeping an eye out for the massive rabbit hole!

The fast start came back to bite me on the bum a bit, but I was expecting my energy to sap a bit anyway on the trail because my legs would have had to have worked harder anyway. My focus was not to lose too much time, to keep plugging away and conserve something for the last km when I’d be back on tarmac.

And that’s basically what happened. That last kilometre was just a couple of seconds slower than the first which was very encouraging and pleasing.

Overall, I was 1:36 quicker than my last time in Chippenham – so a new course personal best, and my fourth fastest parkrun ever.

Now the challenge is to see if I can go faster again on my next visit in June! 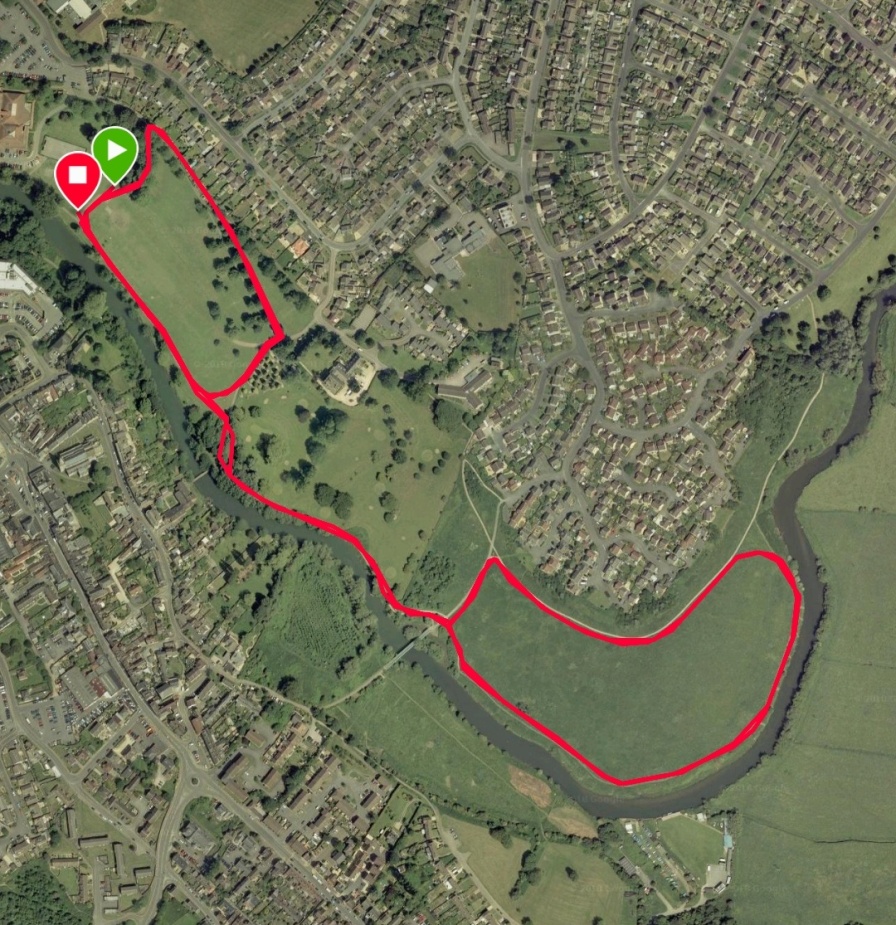