Two days ago I had no intention of running a race today, yet here I am on Christmas Eve just after finishing a 5-Miler along the shores of Belfast Lough dressed up as Santa … and ending up with two medals to boot!

The race itself was the Hazelbank Christmas Run, organised by Leg-It Events – a Northern Ireland based company that host a variety of runs aimed at runners, walkers and families.

Today’s event, given the time of year, had a festive theme hence the Santa gear. I went to the race with Grace, Kim and Bronagh from the club who also, thankfully, donned costumes for the occasion. At least I wasn’t the only odd looking one, a fair few others dressed up too, it was nice to see so many enter into the spirit of the thing.

My suit wasn’t of the highest quality and after being already worn on Tuesday night for the club run had started to fray in, ahem, certain inappropriate places … so some discreet adjustments needed to be made in order to keep me on the right side of the law!

As I said, this was a 5-mile race. It started from Hazelbank Park in Newtownabbey and, after a loop around a bit of the park, hugged the coast road in the general direction of the Ulster University Jordanstown campus before turning to come back to the start/finish line.

The first couple of miles were grand, we had the wind at our backs for most of it which helped blow us along … then we turned at just after the halfway point into a beast of a headwind. I was already hot and bothered by that stage – it’s bloody warm running in full Santa regalia! – but when the wind caught my coat it acted like a sail which meant I had to work even harder to keep going.

It was difficult, but it was fun. The encouragement from the passing motorists and from my running companions made it an enjoyable outing. I’ll admit I struggled a bit during the middle portion, but as we entered the last mile I began to find my legs more and felt a lot more comfortable than I had been, I could have gone on for much longer had I needed to which, as always, is encouraging. I’m slow but I can keep plodding away.

Thanks to Bronagh, Kim and Grace for a brilliant morning, for all the laughs and for your great company.

Oh, and how did I end up with two medals? The organisers had advised that those who entered before a certain point would receive a Santa themed medal, whilst those late entries would get a different one but, seemingly, a number of people didn’t turn up so a quantity of both designs still remained so I was given one of each. I’m never one to turn down a bit of bling so I didn’t need to be asked twice!

I’m still 10.8k short of my 50k target for the Run Up To Christmas which means just one thing tomorrow morning … a wee Christmas Day run! Sure, if nothing else, it’ll mean I’ll have earned my dinner. 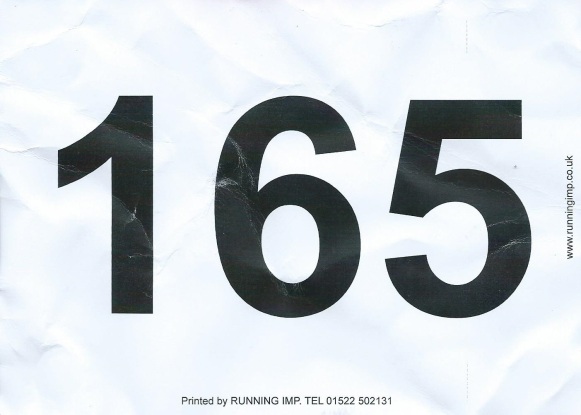