During the entirety of my training for London last year I never went longer than 13.1 miles in any run. That was mainly because my preparations were hindered so much by injury that I didn’t have time to build my long runs up before I needed to start tapering – and the fact that I was so terrified of picking up another injury that I was ridiculously cautious.

Obviously, as history shows, I did finish the marathon but it was a massive leap from not going further than a half to completing the full thing, and last week’s run was the first time since that fateful day last April that I went up to 13 again.

Therefore, today’s 14.5 mile run was basically uncharted territory for me, my longest training run ever.

My preparations weren’t exactly ideal. I aborted my run on Thursday after just a mile because of concerns over my left leg. The niggle in it continued into Friday and Saturday, albeit lessening each day, but I would ideally have liked to get a few miles in my legs before tackling today’s run. Unfortunately I didn’t, but the leg felt fine this morning so I knew I couldn’t use it as an excuse not to go out.

Naturally, I was concerned with how it’d cope with such a long distance although, on a positive note, I didn’t really harbour any thoughts of cutting the run short if it didn’t react well. Mentally I was in this for 14.5 miles and 14.5 miles was what I was going to do.

I decided to take it really easy, so started off doing a few laps of the Ballee Park ‘n’ Ride, 3 miles worth of laps in fact. Then I got bored and turned onto the dual carriageway towards the industrial estate with the intention of going to the shop on the other side to get a bottle of water.

After feeling faint last week, I knew I needed to hydrate more on my long runs so buying water along the way was part of my strategy. I reckoned since it was only water, and that because I’d only take a few drinks and then bin it again (I didn’t want to carry it around with me), that I’d go for the cheapest they had, a 54p bottle of Silverbrook Falls which, according to the blurb on the bottle, is distilled at source.

Well, let me tell you, this ‘source’ must have been the local sewage works because this was absolutely vile. I’m sure the good people of Silverbrook Falls are very proud of their product but, c’mon folks, a bit of quality control wouldn’t go amiss! Other brands of bottled water are available and, from now on, I’ll be availing of them.

Anyway, I digress, back to my run … after pulling all sorts of disgusted faces I ran on into the town centre, taking an elongated route in order to avoid as many hills as possible, and out the other side towards the village of Broughshane. 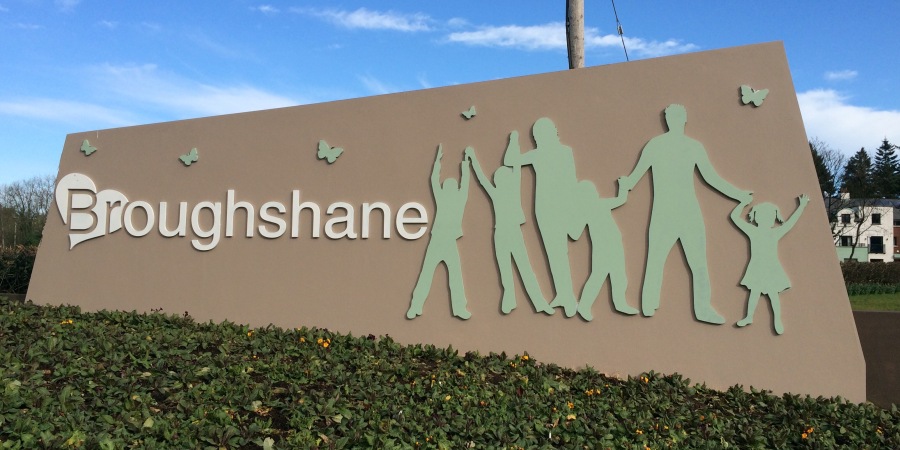 It was long, straight and extremely soul destroying but I knew that once I got to the Woodside Road I’d be exactly three miles from home, at which point I’d turn and come back again.

Unfortunately, after getting to around 11 miles, my lack of preparation this week came back to bite me on the arse. Not that my legs were sore or anything like that – which is good – but they just drained of all energy. I guess this happens, just one of those things really.

I wasn’t faint, I wasn’t hungry … in fact, I actually felt stuffed so it’s possible I took on too much fuel up until then. I had a bigger breakfast than I normally would so it could have been that. Maybe I should have the same amount next week but leave it two hours before setting off rather than the one this week. These training runs are all about finding what works.

Up until mile 11 I was on course to beat last week’s half marathon time but because I started to struggle I ultimately dropped just outside it. It was disappointing but, on reflection, it points to consistency which is no bad thing I suppose.

I really began to tire towards the end of the run but, as I said at the outset, this was my longest ever training run. Thinking back to London last year, it was around the 14 mile mark that the cramp in my legs really began to bite but I had none of that today which is clearly a positive.

So, yes, today’s run could have gone better towards the end but I wasn’t in any pain, my leg responded well and my only issue was tiredness. Indeed, sitting in the bath afterwards soaking my poor wee muscles, I asked myself could I have gone further and I concluded that I could.

Hopefully I remember that next Sunday morning when I set off on my 16-miler!!!!

If you’ve enjoyed reading about my progress so far could I be so bold as to ask you if you’d consider making a donation to my chosen London Marathon charity this year – Asthma UK? No amount is too small, and all donations are received with such heartfelt thanks. My fundraising page can be found here. Thank-you so much.